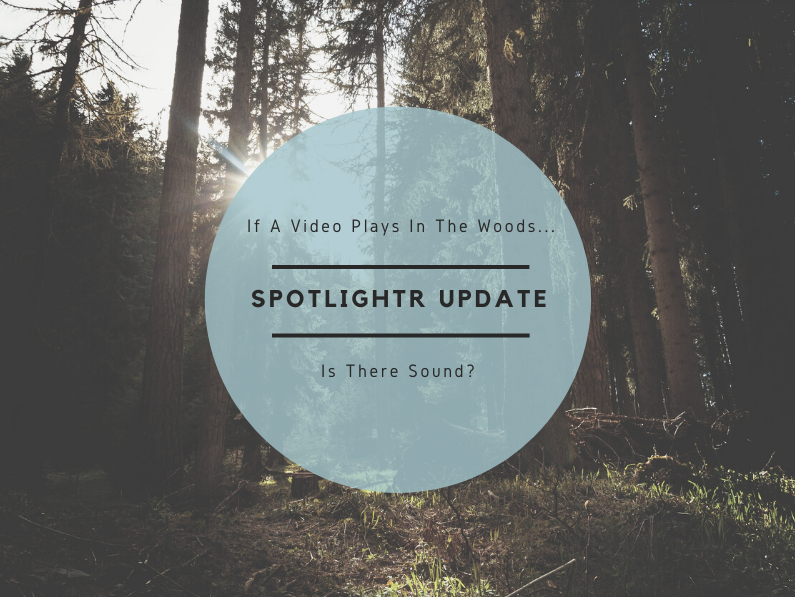 April efforts focused on two enhancements:  performance optimization and a rework of overlays & annotation CTAs.  These are major improvements which we’ve completed and are in the final phases of testing. Read below for more details regarding this updates and expect to see them in your Spotlightr application sometime in May.

Ongoing effort to minimize the load time impact and speed with which the videos are served is starting to take shape into a major upcoming release. The effort consists of three major components:

1) Lazy loading the player so page speed time is minimally impacted. This means that Spotlightr will not load the entire player and video upfront, but instead will load only the minimum required files and styles for previewing the video player. The entire loading process will be deferred until after user clicks on the Play Button.

2) Back-end optimization of data processing include an effort to minimize request time for providing the player with the necessary data. We’ve managed to significantly optimize these request, bench-marking the optimizations at around almost entire second, or ~.89 seconds to be precise.

This feature is currently in testing mode, but will soon become available as a BETA feature, and will be accessible from the Publish menu. Here’s a sneak-preview of it in action.

Overlays are Spotlightr’s most used feature by far, and up until recently probably the most difficult to take advantage of.  We’ve decided to recreate the entire approach to creating CTAs in your videos.  New approach leverages templates, which are conversion optimized, mobile friendly and simply look great.

To illustrate how this will add significantly more value to your videos through viewer interactions, we’ve put together this brief video as a sneak-preview of what’s to come.

You will be pleased to know that we’ve recently added support for importing entire YouTube channels directly into Spotlightr. This feature is available next to other Imports.